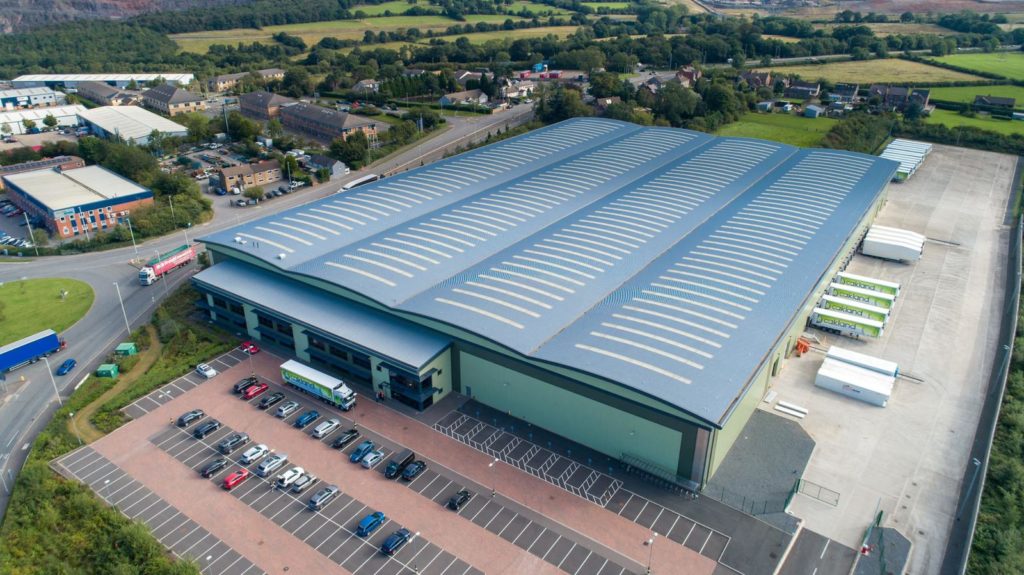 Oakland International, the Queen’s Award-winning food storage and distribution specialists, moved into their new multi-temperature warehouse in Bardon, Leicestershire in summer 2020 to expand their UK capacity. Time was short and the electrical work needed to make the facility fully operational posed a major challenge. So Oakland International engaged Starkey Electrical Limited for the complete wiring installation.

“The project was driven against very tight timelines,” Dean Attwell continued, “with just twelve weeks to completely refrigerate and wire the entire facility. Starkey Electrical’s committed team worked seamlessly with the other contractors on site. They took a leading role in project managing and delivering against the high standards of functionality required and achieving this within the allocated time window.”

“We know the Oakland team very well,” said Stuart Starkey. “Our biggest job for them before this was a similar project in Corby, equipping a new warehouse. Bardon is on a higher level altogether.”

“When Oakland took on the Bardon lease,” says Stuart Starkey, “the building had stood empty for five years. There was basic circuitry in the office and power in the warehouse for the bay doors but not much else.”

Phase One of Starkey Electrical’s work involved setting up a temporary multi-temperature storage facility and establishing the office so business could go on while the main work went ahead.

Phase Two involved building a permanent multi-temperature unit on the same site. A Kingspan prefab unit inside the existing building houses a deep chiller working at -2° C, a second chiller at + 2° C and a ‘tent’ for ambient products.

Starkey working to a tight schedule

Given the need to have production up and running before the main work started, time was of the essence. Stuart Starkey recalls:

“Summer 2020 was a tense time in food logistics. With Brexit worries and fears of supply chain disruptions, maximising available storage space was an increasing priority. It made it even more important for Bardon to be operational as soon as possible.

“We started Phase One on August 17th and finished by the Bank Holiday, then went straight into Phase Two. We were also asked to do more jobs while the team were on site.”

As their work outgrew the original scope, it was all hands on deck for the Starkey team. Staff diverted to Bardon from Starkey Electrical’s normal business in Halesowen.

The job in detail

Looking at the project specifics, Phase One of Starkey Electrical’s work at Bardon involved running a cable from the main panel onto a ladder tray and pulling it into place with two scissor lifts, then reinstating power to lorry charging points in five loading bays.

For the air conditioning, heating and refrigeration, Starkey installed a distribution board for four external trailers. This will be moved into the building inside the Kingspan unit when it is fully constructed.

The data cabinets and the network for the first floor offices had to be installed as well as broadband cabling and new floodlighting in the main bays. Starkey Electrical also installed EV chargers in the disabled parking bays. Electric Vehicle charging is a growth area for the company, which has carried out a number of similar projects elsewhere.

In Phase Two of the project, Starkey Electrical provided additional power for the four glycol coolers and control panels. They also installed LED light fittings, achieving over 300 lux throughout, supported with integral sensors in the main marshalling areas, and fitted new emergency lights for the fire exits.

Dean Attwell, Oakland International CEO concluded: “Starkey’s team have proved to us that even on large-scale industrial fit-outs, they can deliver on time and on budget.”

Further developments on site at Bardon with Starkey Electrical will include solar PV installation, additional welfare facilities and generator installation.”